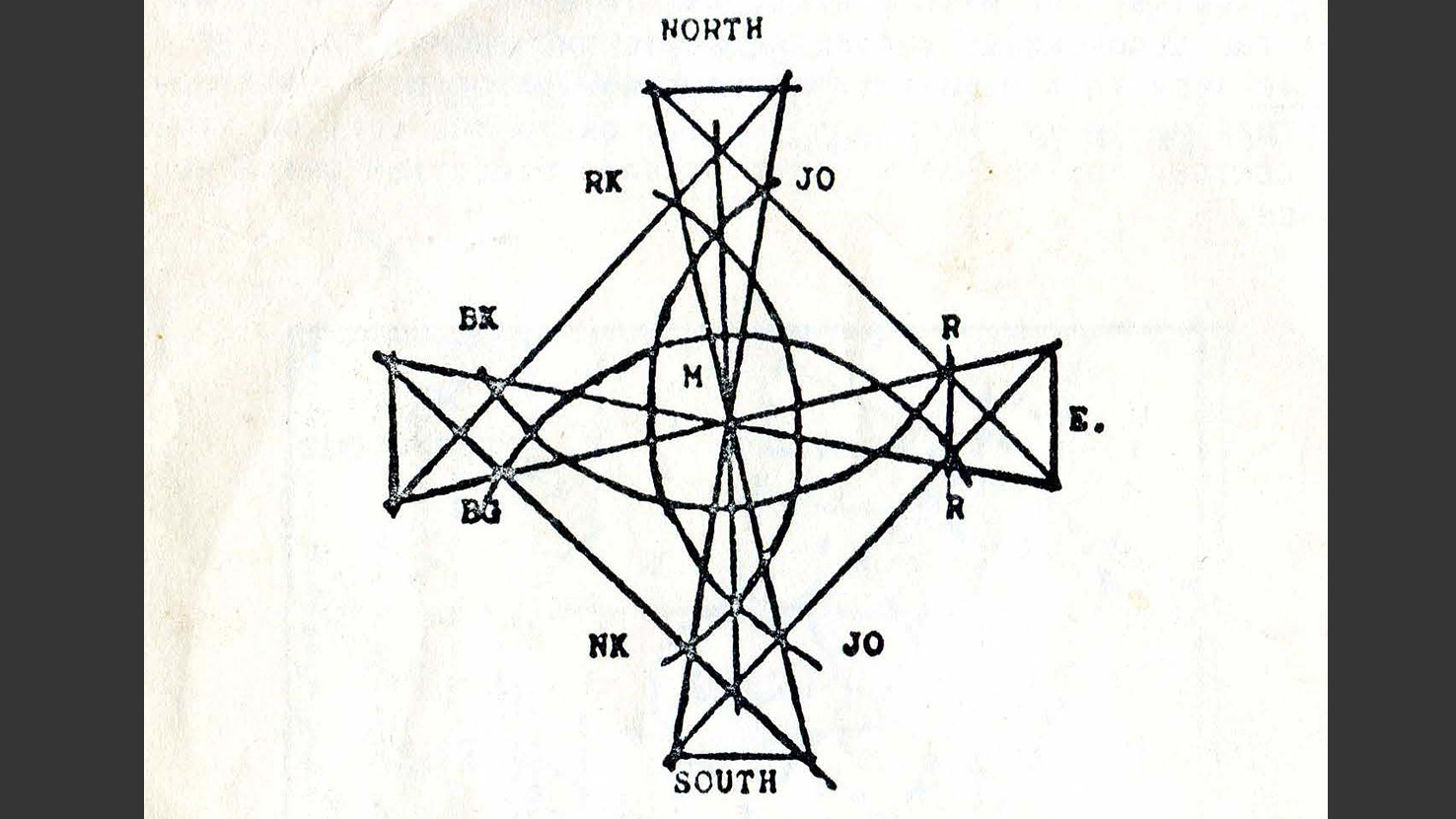 In artistic practice, drawing is fundamental. It is the basic of showing how one is talented and capable enough to perform their artistic practice. Therefore, drawing is always synonymous to a highly advanced skill that only a few can perform. Furthermore, in the Western world when drawing became an independent art form(1), starting from the beginning of 14th century, the anthropocentric approach to understanding phenomenon, during this time also became noticeable.

The formal practice of drawing even further advanced upon the introduction of paper that was first invented in China. The ease of paper as a surface material for graphite and ink helped canonize drawing as a medium based practice. Thereafter, the standardization had set the limit to drawing, but nevertheless, it became instrumental to the realization of important anthropocentric knowledge, such as mobility and cartography, marking human modernity. Furthermore, the formalization of drawing also helped fortify the authority of written text over its precedent provisional form of communication.

This essay will explore the relationship between drawing, cartography, and writing. But most importantly these three elements instrumental to modern knowledge will be loosely scrutinized to open other possibilities of drawing.

There are many scholarly work available that studied the practice of drawing, some notable works are from the field of education and psychology. They approach the study of drawing beyond artistic practice and by digging into prehistoric communication practices. For instance, Psychologist Barbara Tversky, in the article(2) she contributed to the cognitive science journal she declared that pictorial expression of thought predates writing. From this premise Tversky analyzed how prehistoric man communicates and understand the surroundings.

In her findings, she found out that early man manipulates spatial pattern through their hands and mind to communicate. She then defined it as spatial-action where “actions in space, whether on objects or as gestures, that create abstractions in the mind and patterns in the world, intertwined so that one primes the others.” This action in space extends to pictorial expression, together it augment cognition silently and directly unlike language, thus, Tversky concluded that, “The arrangements and organizations used to design the world create diagrams in the world: The designed world is a diagram.”

The diagrammatic understanding of the world by prehistoric man requires provisional and temporary approach to communication. In other words, to be able to make concrete the ideas expressed in drawing it must remain provisional for the other to affirm a common understanding of the proposed idea. Art Historian Stephen Farthing in his comprehensive study of drawing said that early form of drawings are tools for translating multi-dimensional events into “readable two-dimensional matter”.

The social aspect of prehistoric drawing implied by Farthing help us define why early man came up with diagrammatic approaches to translate multi-dimensional events especially in describing their positional understanding in relationship to their surrounding environment. The effectivity of this approach in fact is continually practiced by indigenous people. For instance, seafaring people from the South Pacific islands uses stick charts(3) until today to navigate the ocean. Through 3 these provisionary tools of translating the stellar phenomenon they are able to understand their positional relationship with the environment and navigate around it.

However, as the provisional proximation of space and translation of multi-dimensional events become codified through the invention of written language in the turn of ages, the provisional characteristics of diagrammatic drawing was also replaced by a more accurate definition of space that is now confined in the interest of power.

The first Western accurate mapping of the world came out in the Age of Exploration. It was also the same historical moment that drawing was canonized into an independent art form, limiting drawing into a mere artistic practice. Those who were outside the category of the artistic was defined as technical drawings, mostly accompanying colonial expeditions of the new world, practiced by missionaries, colonial engineers and cartographers. Moreover, in the turn of many centuries, the once socially-shared and negotiated spaces related to the social aspect of drawing has now become a contested enclosed political space(4). This shift changed our perception 4 of space and time, especially in how we position ourselves in the imaginary contested political spaces. The outline of drawings that was once a negotiated and provisional marking of a certain space has become a calcified imaginary border that separate us from one another.

In 1953, American artist Robert Rauschenberg challenged his ability to draw, he thought of making drawing with an eraser. In an interview Rauschenberg confessed that this idea came upon from incessant erasure of his drawing mistakes(5). He then tried to make a lot of erasures in his drawings to find a new discovery but found the results lacking. After many attempts, Rauschenberg was convinced that erasing a drawing of an artist with universally renowned status will make his erasure drawing successful. With the consent of the world acclaimed painter Willem de Kooning, the work “Erased de Kooning Drawing by Robert Rauschenberg (1953)” changed the modern history of drawing. Many art critics praised it as an important landmark of Conceptual Art in art history(6). But to some, it was a gesture that brought back the social aspect of drawing that once thrive in its provisionality. Moreover, the erasures also gestures the slate cleaning of drawing history enabling anything possible after that, as implied in the brief commentary by John Cage, saying: “It’s a joy in fact to begin over again. In preparation he erases a De Kooning.”

Meanwhile, there are group of people in continental Southeast Asia living in a tumultuous environment on the highlands between the borders of South China, Laos, Northern Thailand and Burma. Dutch historian Willem van Schendel described their habitat geographically as Zomia, due to the almost impossible accessibility of the terrain. The difficult habitat of these people intrigued many anthropologists. One among many is the American anthropologist James Scott.

In previous accounts these people were described as “primitives” and “barbarians” especially in Chinese historical annals. Some earlier anthropologists would concede to this archaic claim due to the illiteracy status of these people. However, what Scott had found is surprising. In his research, contrary to common claims, these people known as Akha, Lisu, Hmong, and many others were once lowland dwellers and completely harnessed with civilization skills, especially agriculture and literacy. However, because
of the growing oppressive culture inherent in the power dynamics of civilization (Chinese civilization, Khmer civilization, etc.) they decided to leave the knowledge behind (Scott, 2013).

Like Rauschenberg they cleaned the slate, however, by running deep into the mountains evading state authorities. Together as fugitives they erased their history and unlearned their literacy skills by eating the texts written in the books and replacing it with oral stories that laterally and provisionally describes their shifting identity(7). Their “jellyfish” identity as described by Scott allow them to become inventive and highly creative similar to how drawing was once a tool of communicating provisional ideas in translating multi-dimensional events. Further, Scott also claimed that the reasons behind deskilling and unlearning processes by these people is to adapt to a new terrain that requires the ability to swiftly move and acquire new knowledge from a tumultuous environment. This difficult periphery according to Scott is also a “Shatter Zone” because of the “bewildering ethnic and linguistic complexity” from mixtures of different people who ran away from their own respective states.

The overall discussion above is to show you a brief look of how drawing developed from a provisional form of communication to codified written language. Moreover, it also describes in a quick glance how the formal and specialized form of drawing that came along with written language marginalized its earlier version. This, however, also shows us the separation of drawing from a necessary tool for negotiations to an absolute illustration of truth as seen in both technical and fine art drawings.

The discomfort and discontent from these modern practices of drawing is illustrated through the work of Robert Rauschenberg along with the ethnography of Southeast Asian band of fugitives. The illustration, however, is not to suggest a nostalgic return to the past where drawing was once a necessary tool for translating multidimensional events and negotiations but to expand the practice that is contextualized in the present.

Today, as the world has become more and more interconnected; to speak, write and draw in a homogeneous way limits the many possibilities of connectedness. The potential to bridge the gap behind the limits of language is through drawing, however, only if drawing breaks away from its own limitations.

(1) Independent art form, is the term used by Encyclopedia Brittanica to describe the time in Western history of art where drawing became prominent in 14th century among studio artists. Source: https://www.britannica.com/art/drawing-art/History-of-drawing

(3) Stick Charts are navigational map made out of sticks and cowry shells representing the constellation of stars and ocean swells. Lewis, David (1994). We, the Navigators: The Ancient Art of Landfinding in the Pacific (Second ed.). University of Hawaii Press. p. 404.

(4) I am invoking the term Enclosure to illustrate how Cartography contributed to the fortification of Private Property. The term Enclosure was originally coined in 18th century England describing the fenced ownership of agricultural land that was once commonly shared by subsistence farmers. Rubenstein, James, The Cultural Landscape: An Introduction to Human Geography, Pearson Publishing (2011)

(7) Akha people lost their writings along their route of flight. It is told in their oral stories that “they ate their books of buffalo-hide when they were hungry, and so lost their script.” Scott, James, The Art of Not Being Governed: An Anarchist History of Upland Southeast Asia. Yale University Press (2009).

Scott, James, The Art of Not Being Governed: An Anarchist History of Upland Southeast Asia. Yale University Press (2009).

The 25th post of “Signals” is the Drawing and