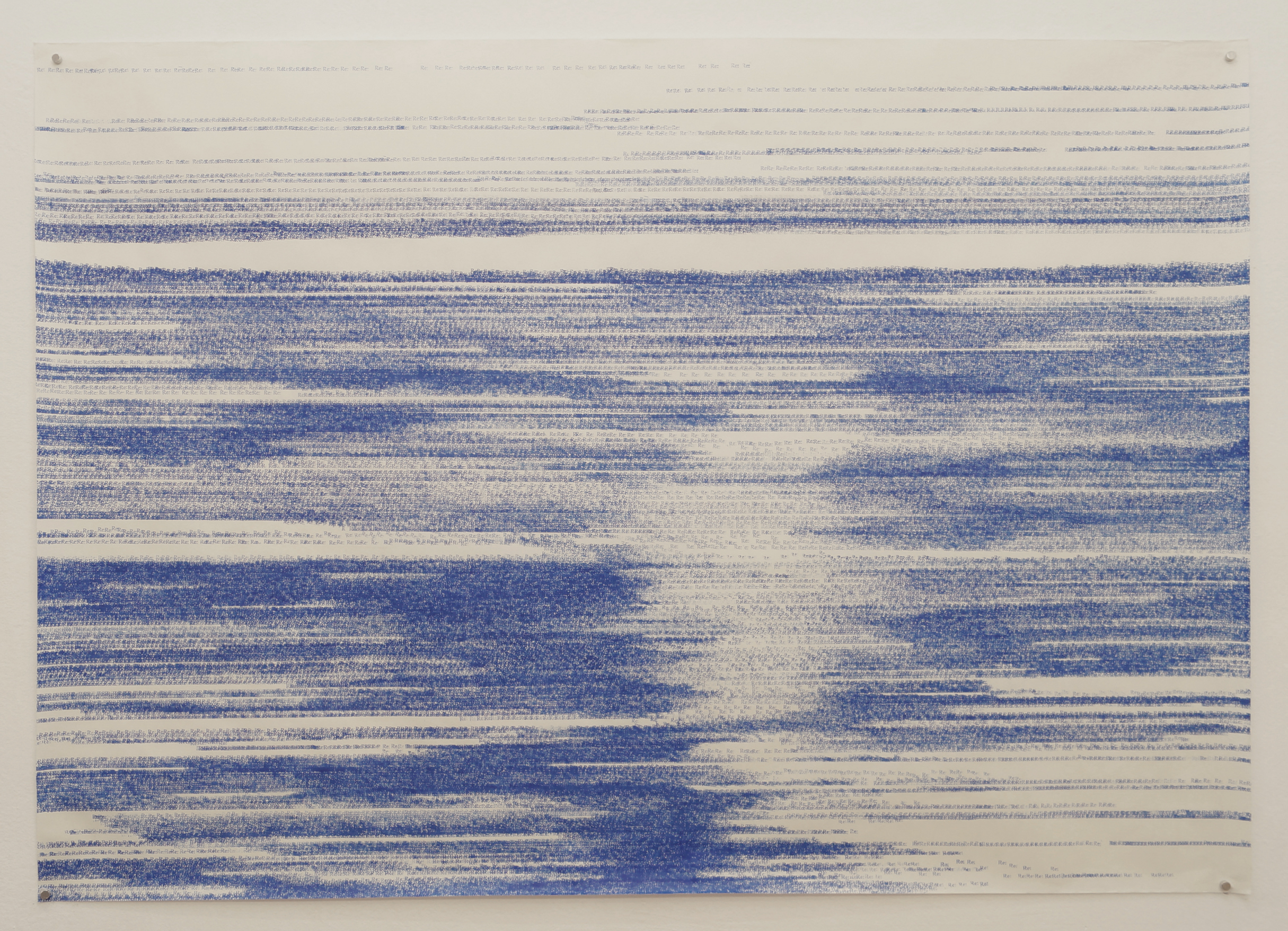 ‘Drawing Performance: Abstraction from Germany and the United States’ was presented at the Gallery Inga Kondeyne, Berlin.
This project is curated by USA based artist and curator James Bockelman and comprised of nine artists from Berlin and six artists from the United States. Drawing Performance traveled to three different venues over the course of a year 2016-17. The first was presented at the Tugboat Gallery in Lincoln, Nebraska, then the Maxhausen Gallery of Art on the campus of Concordia University Nebraska, finally returning to the Gallery Inga Kondeyne, Berlin.

In this exhibition, Bockelman raises a question using the quote from John Cage about the field of drawing which has not been categorized until now.

“What is a drawing? No one knows any longer…something that doesn’t require that you wait while your are making it for it to dry? Something on paper? Its question of emphasis.Thanksgiving. Art..”

Bockelman’s answer is that drawing today is an “event site” and he introduces 3 elements of drawing. “Surface”, “Activity” and “Registration”.

According to his sentences, “Surface” is where artists performed or even will be performing. Before artists draw on the material, there are readymade images on the surface such as cardboard packaging or an
incomplete crossword puzzle or even a black box theater. Even a blank sheet of paper is full of psychological tension. Artists make a line on it to indicate one’s boundary.

Drawing is also a celebration of human “Activity”. Artists observe something and copy how they see the world, using hand knowledge of the source as well as the employment of the muscle memory.
The sum of gestures are recorded both on the surface and in the movement of ones eyes. When you kiss a mirror, the mark is not only recorded on the mirror visually, but also remains in the physical act. In this way, drawing “registers” the performance.

The media in this exhibition is purposefully expansive and includes ball–point pen, dance, video, as well as
the use of tracing paper and other readymade, printed material. I see the artist’s various gestures and thought
processes. The three fundamental elements in drawing were intertwined with one another.