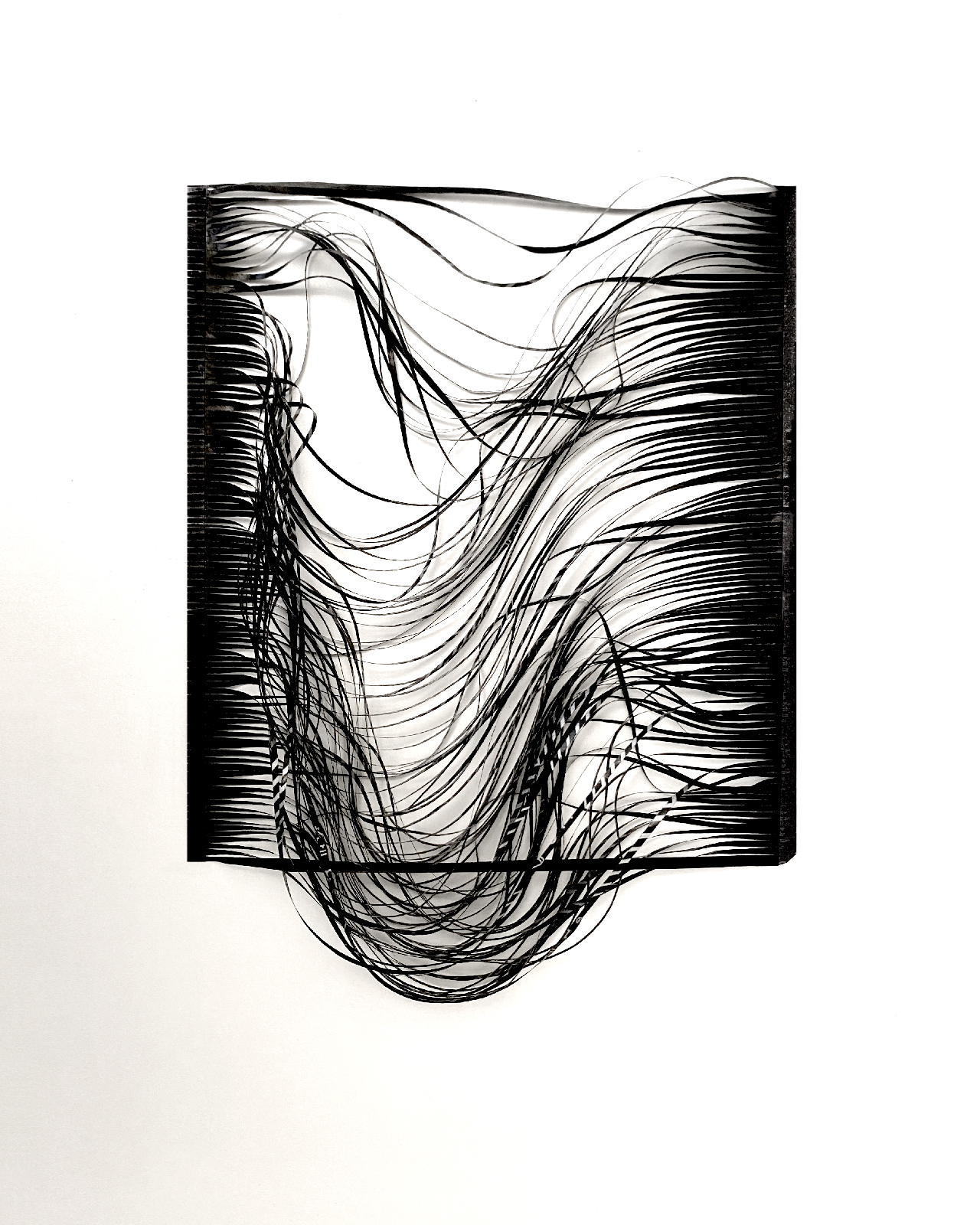 “Fluctuations” is a series of spatial drawings that emerged from my experimentation with VHS tape as a drawing tool. Through the use of incremental repetition and the effects of gravity I unfold VHS tape in sequences of catenaries that generate drawings in space reminiscent of graphics depicting deformations of space-time.
In more recent projects I have recurred to parametric modeling software and planning in order to achieve a particular shape.
The series references what is known in quantum physics as a quantum fluctuation – the temporary appearance of energetic particles out of empty space. It is a poetic reflection on the nature of nothingness – empty space and the multi-dimensional nature of reality, acknowledging the material as well as the immaterial.

In the context of the current global pandemic and the increasing polarity in terms of public perception and response, I feel “Fluctuations VI” is an ideal metaphor of how everything contains both positive and negative aspects. The work oscillates between transparency and blackness and attempts to produce a cognitive dissonance in the viewer. It seeks a shift in perception to better navigate these uncertain times by integrating subject–object, mind–body, masculine–feminine, order–chaos.

Vanessa Enríquez (MX) is a multidisciplinary artist whose practice draws from spiritual practices and the modern sciences in an attempt to reveal the hidden patterns that point to the interconnectedness in nature. With a focus on drawing as a meditative and inquisitive practice, she performs set choreographies and directed improvisations to make sustained, repetitive and incremental inscriptions using a diverse range of materials and processes. Enríquez received a MFA from Yale School of Art and was awarded the Bradbury Thompson Memorial Prize in 2000. In 2017 she was awarded a SNCA Fellowship in Mexico. Her work has been exhibited in solo and group exhibitions at museums, galleries and unconventional spaces in Germany, Mexico, USA and the UK among others.