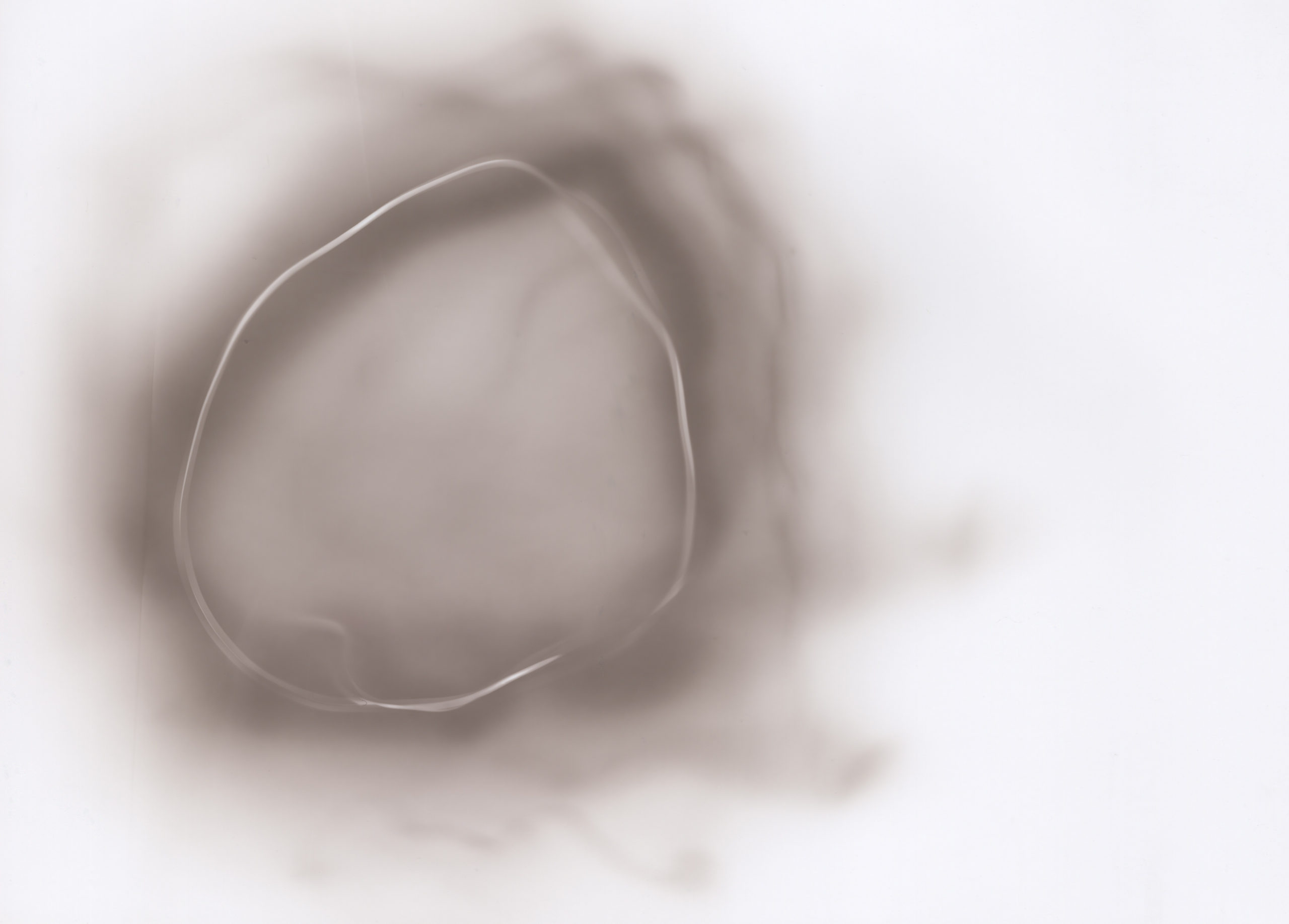 The past year has forced a shift in perspective, perhaps even a signal to redefine what once was and what could be. What was once considered as familiar, became uncertain. Light, line and paper; all three are familiar. Yet, combined and scrutinised under a new lens, allows for new outcomes to emerge.
The process of drawing with light is an intriguing one.
I find that photograms capture the eyes of the space between. They present to us, the other side of what we thought we knew and saw. Yet, every outcome is something so distinctively unfamiliar and otherworldly. These small works were an escape to the space between, taking minimal material from close by and redefining what they could be.

Kayleigh Jayne Harris lives and works in the South West, UK.
Her minimal work relies heavily on the honesty of mark, the economy of material and through line aspires to stretch the visual potential of the seemingly ordinary. Her works question how visual growth can be obtained through the re-examination of traditional material; focusing on extracting, distilling and documenting the space between human activity and the material with which we interact. In this practice, drawing as both act and object, can become a sustained fuel for thought; by stimulating new ways of seeing and understanding.