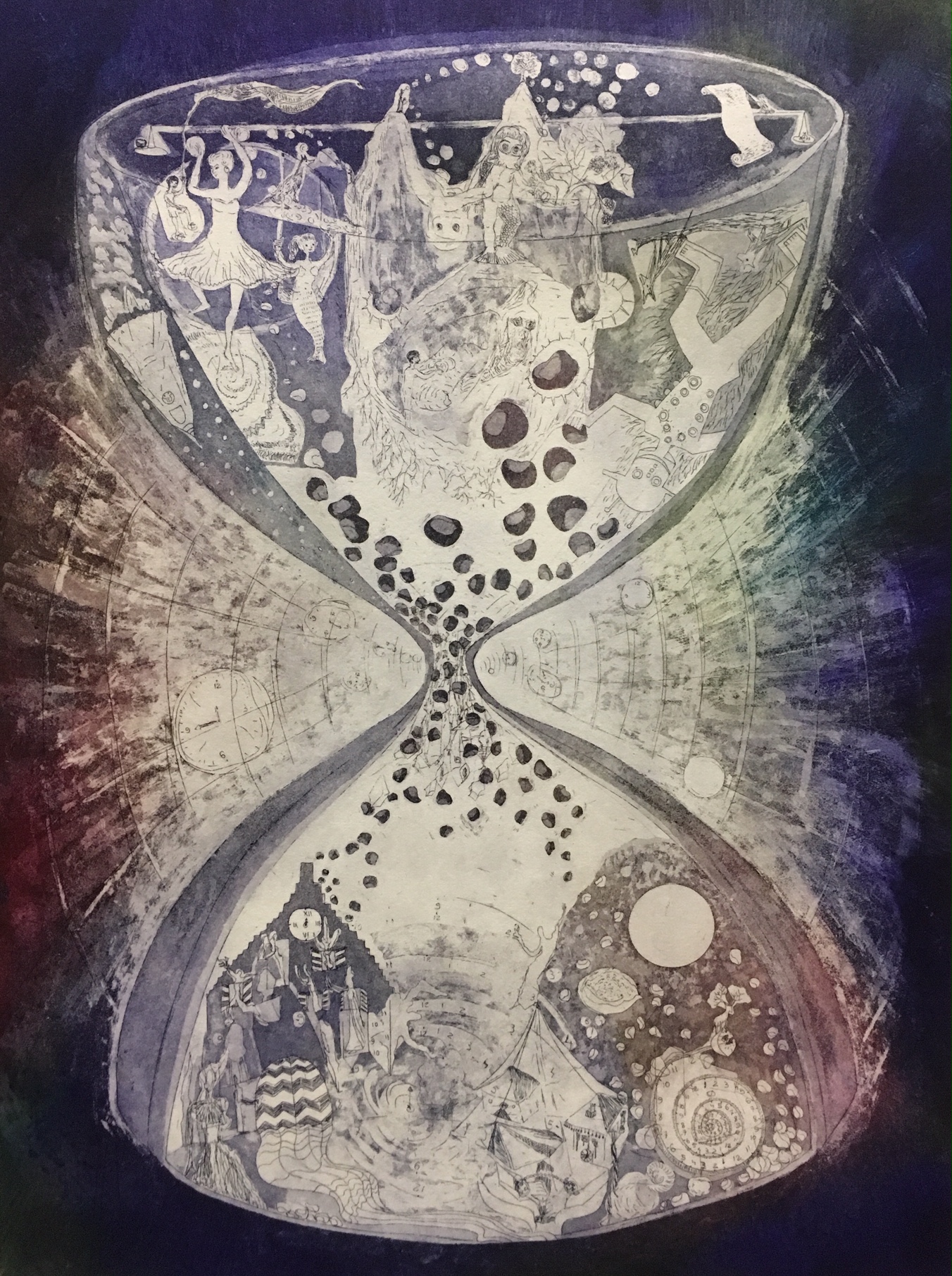 I made this Aquatint plate in Berlin a long time ago. And I printed it on Japanese paper(Awagami) at a printworkshop in my home in Busan in the midst of the gloomy atmosphere of this global epidemic. This picture is about timelessness and dreams. Sounds of memories invites me to reflect on the future. Embracing hope and dream, I embark on a journey that connects the past and future.

She was born in Galati, Romania(ROU). She lives and works in Busan, South Korea. She studied Mural Art at the National University of Fine Arts (UNA) in Bucharest(ROU) and obtained B.F.A.,1999-2003. And she also studied Art in Context at Universität der Künste(UdK), Berlin, and obtained Master of Fine Arts, 2004-2007.
She worked as a guest artist in the printmaking workshop at The Berlin Weissensee School of Art, 2004-2019 and aslo in the Atelier Outotsu in Osaka(Japan). She got the special Prize by the Korean Contemporary Printmakers Association(KCPA) in Seoul, 2014. She hold the several solo exhibitions in Europe and Asia. For example, “Imaginary Landscape” at the Praum Gallery, Busan in 2015, and “Tales of the Future” at the B-Gallery, Tokyo in 2019. She participated in different group exhibitions at the Krebsen Gallery in Copenhagen, Denmark in 2016 and at the Authentic Marks in Dubai in 2020.