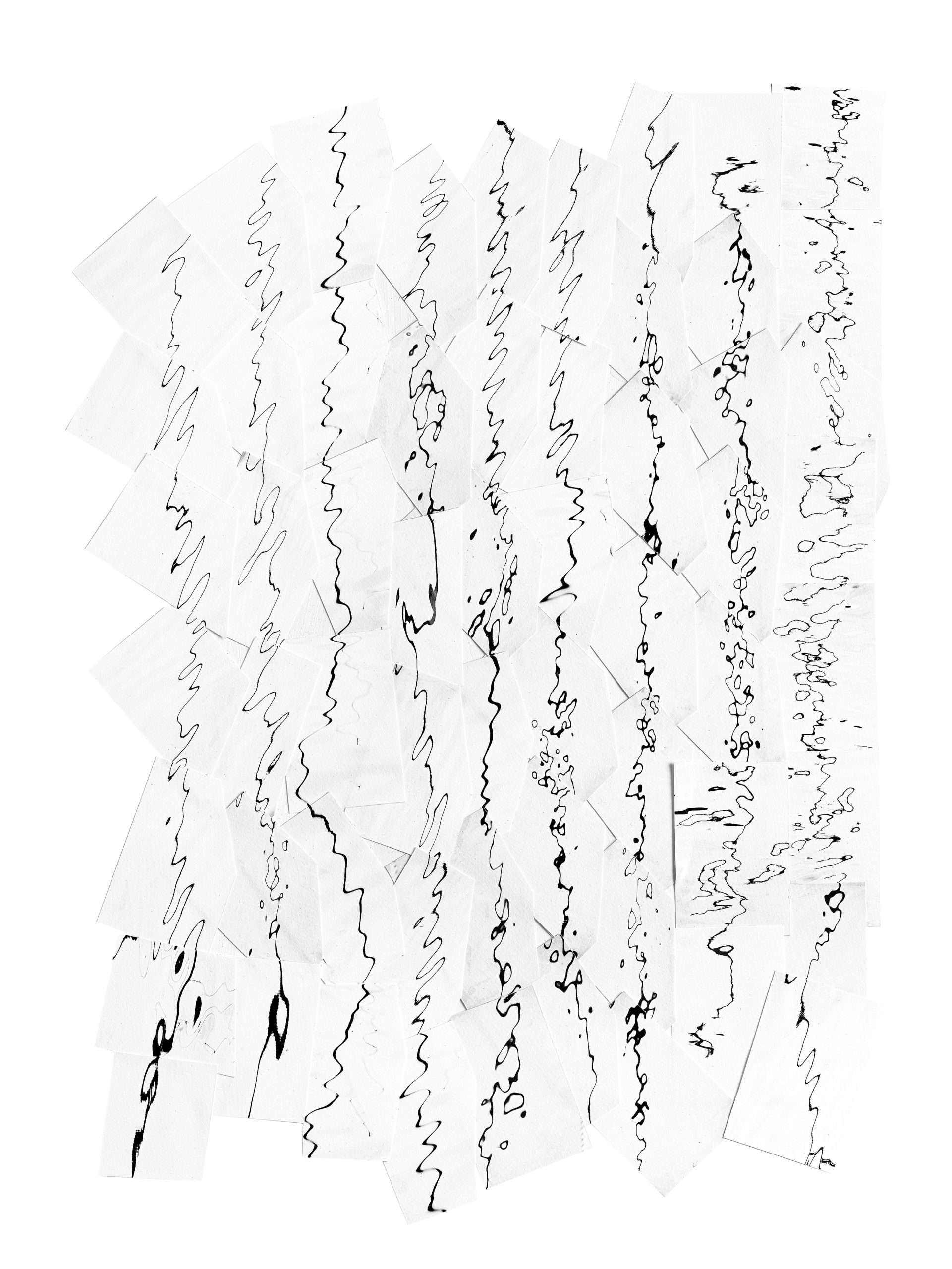 I have been working on the works which relate to the act of moving and walking.
For me, the restriction of movement under corona virus forced me to think about the true nature of my creation itself. 4 years ago, I have moved my studio which located in a small fishing town called Heda in Izu peninsula.
For over two months under corona virus infection, everyday, I have always been to the sea near by and just watching it. There are lots of ships in the harbor, and fishermen were also watching the sea vaguely wondering when they can go fishing again.
I daily photographed the shadow of the ropes of the ship which moves according to the vibration of the waves.
I don’t know if I reflected myself over those small ships which are bound to the land with ropes. Maybe I was trying to catch the signals from the nature, that waves created by its fluctuation.
Anxiety, impatience, and various thoughts which has been inside me during the time of corona infection, appeared as a line and it echoed inside me as if it was a sutra.

Sohei Nishino
Born in 1982. Nishino produces works based on his personal experiences obtained through walking and travel. His works are shown in major Museums and Festivals around the world including “A Different Kind of Order” at the Triennale of the International Center of Photography (ICP) in New York, solo exhibition at the San Francisco Museum of Modern Art (SFMOMA). He was selected as the Foam Talent 2013, Prix Pictet Space shortlist in 2017 and winner for MAST Foundation for photography award 2018.

The 25th post of “Signals” is the Drawing and