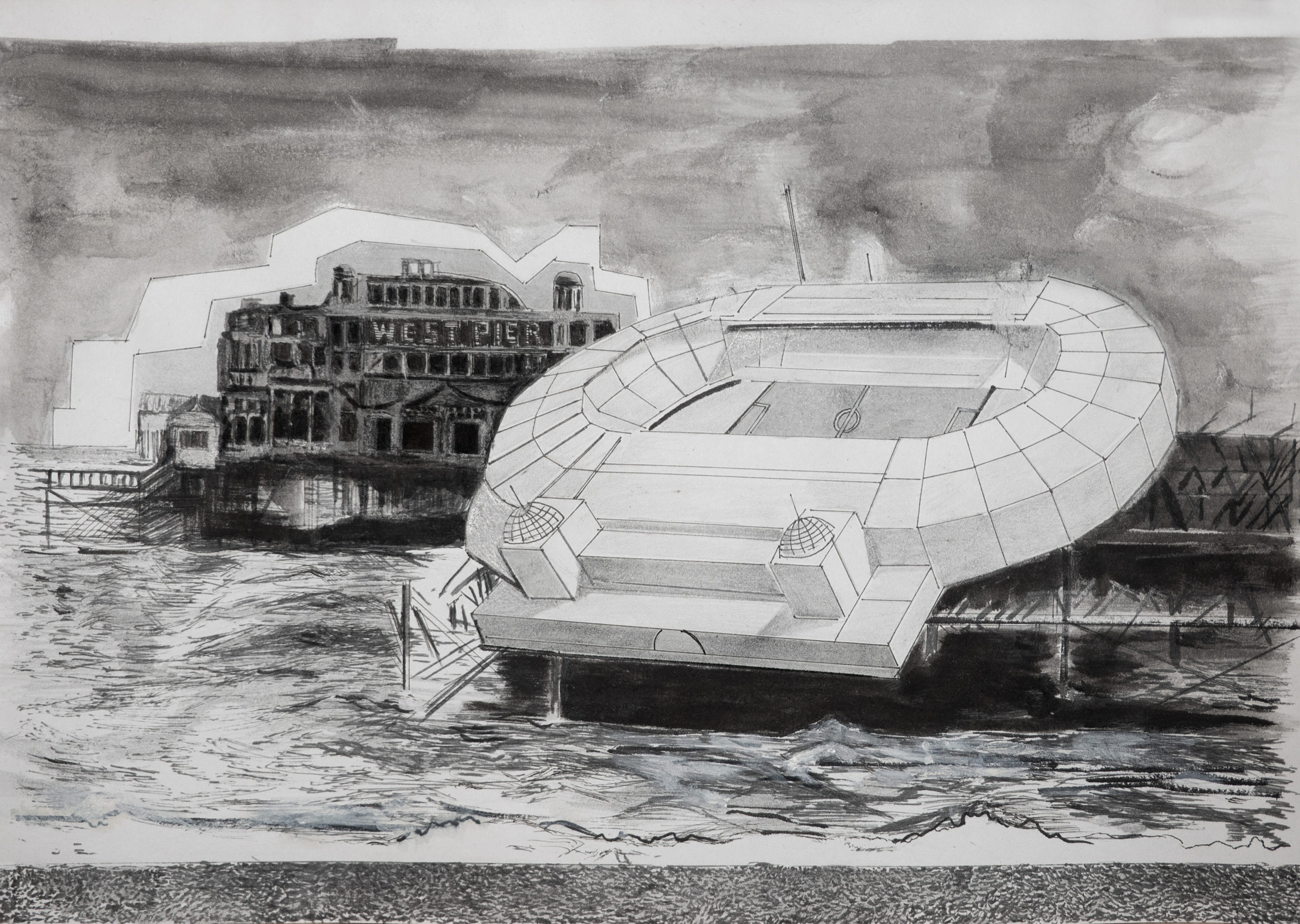 The present state is a kind of blessing to me. I protest against naming what was previously as “normality”. The formulas of the economy of growth and capitalism itself have been depleted.

I miss travelling a little bit, remembering that tourism is also part of over-exploitation. The Pyramids or the Eiffel Tower went back on postcards from a distant land. I have drawn kind of postcard. It partly shows my beloved Brighton (UK), with the West Pier just before the final disintegration at the beginning of the millennium. In the foreground, it’s not the pier but the Old Wembley Stadium (demolished in 2003 to make room for the new one) that slides into the water. The former superpowers, like the British Empire, with its spirit present in Brighton, collapsed under the pressure of change.

Today beaches and stadiums are empty. Several species of turtles have gone out the classification of endangered species, encouraged to breed on deserted beaches.

The second picture shows the signals I am observing now.

The third is an unknown shape of the future. I believe it will be more adaptable and rather humanistic than anthropocentric.

Dy Tagowska
An intermedia artist. She uses the reduced sign on large-sized canvases, and – equally frequently – ephemeral drawing notations. In her essays, she analyses manifestations of myths and symbols in present-day reality. She explores sport, examining its biological and psychological dimensions.
An academic, practicing in the mine of depth psychology. In her sleep, she drinks coffee, quite often with C.G. Jung.
A lecturer at E. Geppert Academy of Art and Design in Wroclaw teaching Intermedia Drawing, Coaching and Facilitation of Creative Processes.
A certified ACC ICF coach and facilitator of creative processes, specializing in supporting artists and investigating the competence potential of art.
She has been continually returning to Japan, where she soaks up a cultural experience.