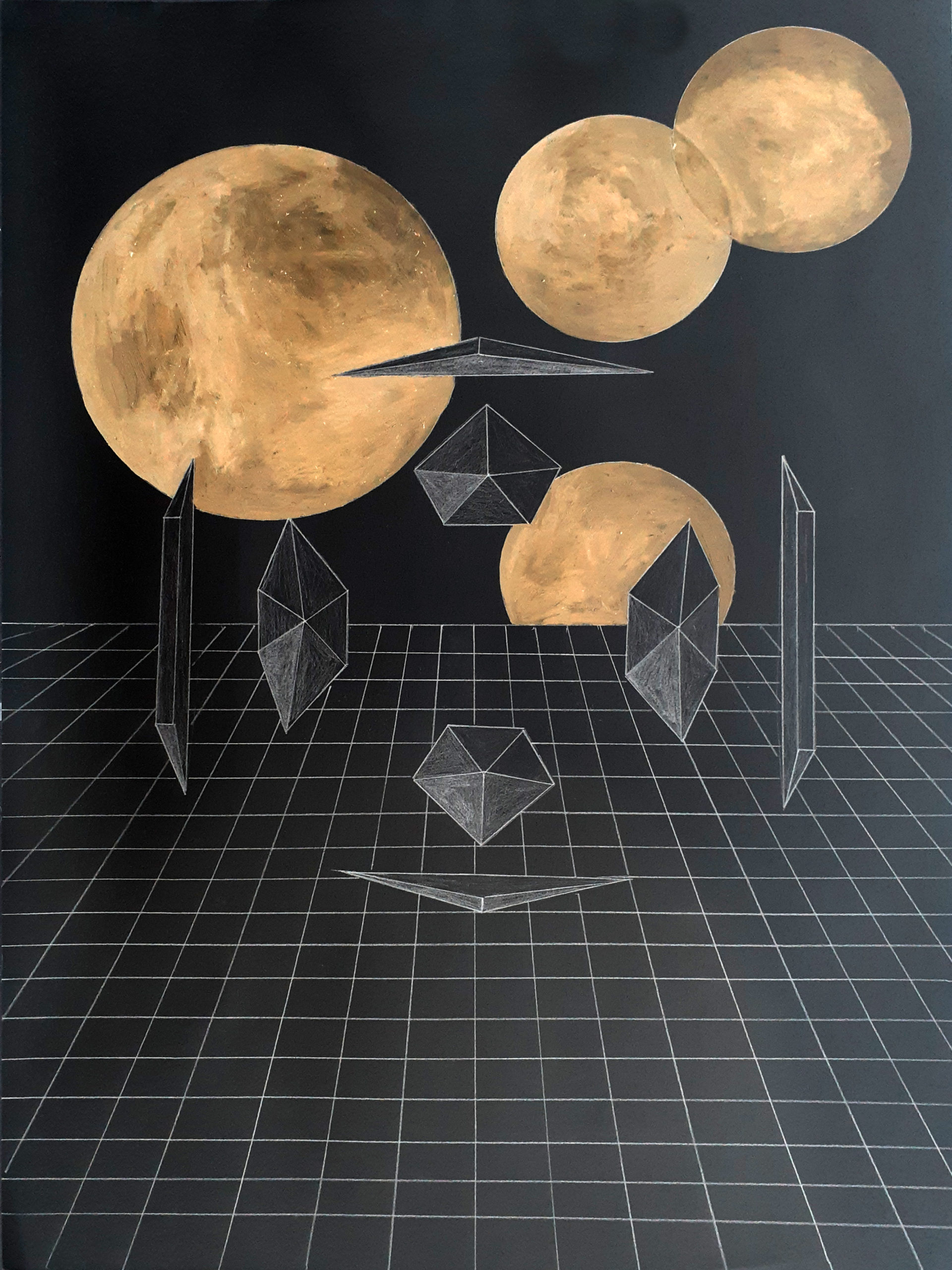 I’ve been wondering about how to access freedom in confinement.  What I could experience is virtual freedom. A constant digitalization of whatever interaction we had with the outside world, or even the outside us. I wanted to break free from this. Recently, Rio de Janeiro beaches were put in restriction with constant fiscalization to increase social distance. The sea was then limited to access, if not a sport practice. There’s a desert beach near where I live and I thought there will be no fiscalization at all. No wonder there were other people there. I appreciate this environment and for me to draw in the sand and then having those marks erased by the ocean is somehow very related to the buddhas practice of making mandalas with colorful sand to then unravelling it as the constant metaphor of creation and destruction of the universe.

I also have been producing since 2019 these symbols that refer to a new language. It does have something to do as if ‘2001 a space odyssey’ meets ‘arrival’ . I look into human evolution and how the evolution of language could move to a communication free of words but instead of phrases we would have symbols that encompasses a range of concepts. The moon or planet form has been evolving with us since primates. We look into the sky and see those spheres like the sun and the moon. Coincidently they appear as the same size for us as the distance from them varies in the proportion of their real sizes. We have been gazing at each other’s eyes for ages and that also speaks something by the way we communicate not only through words but through those spheres.

Born in 1981, Rio de Janeiro, Brazil. He holds a Master Fine Arts degree from the Central Saint Martin of Art and Design, London, UK (2009) with a Lismore Castle Scholarship and a Master’s degree in Sculpture at the Royal College of Arts in London, UK (2014). His practice looks back to moments in time that influenced the aesthetics of the world as we perceive it today. By constructing a collection of facts, found objects, gifts and places he traveled, the artist re-works these elements in order to put these moments or situations in evidence by throwing a new light.