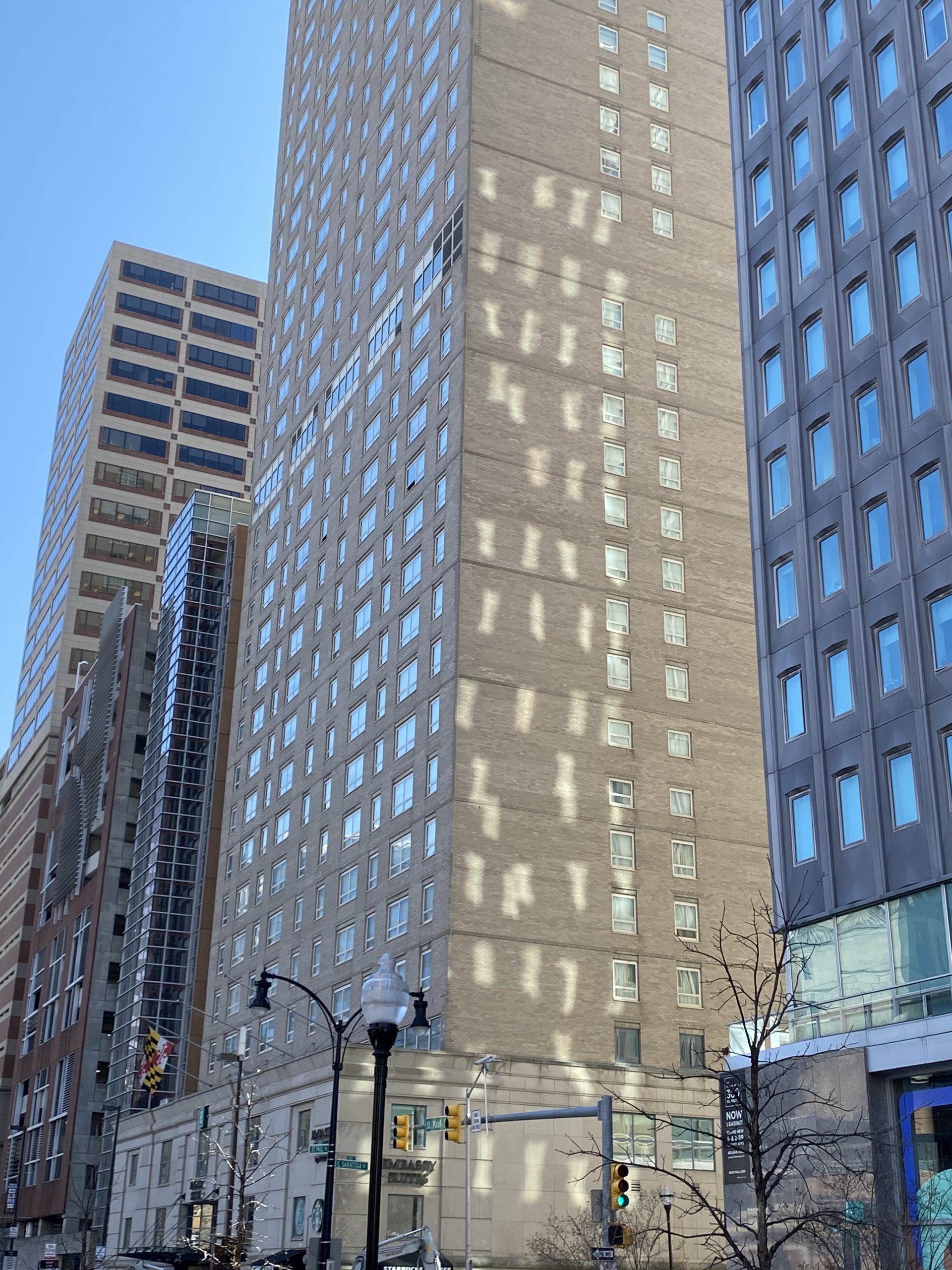 My art questions what a drawing is. I have been blogging about expanded drawing practices for years. After so many posts, I began to see drawings emerge all around me.  Shadows were of particular interest. I began to document these temporal drawings on my iPhone, eventually calling them Sight Drawings. It felt important that I did not make interventions with these observations, as they seemed to be drawings caught the state of becoming. By doing this, the works were left open.

The pandemic brought an end to this activity for a few months. When lockdowns started to lift, I documented more images as I ran errands around the city or took walks just to get some fresh air.  With less traffic and people about, I had some extra visual space and began to focus on how light and shadow interacted with urban architecture. The interplay between the three stirred the imagination as to what could happen next. Eventually this series came to called Shadows and Shimmer In the City.

Nicole Lenzi takes an interdisciplinary approach to expand the concept of drawing that includes installation, photography, and works on paper. Lenzi has exhibited in the United States, South Korea, and the United Kingdom. She was a Trawick Prize finalist in the Washington D.C metro area. Lenzi has a B.F.A. from Carnegie Mellon University and an M.F.A. from Maryland Institute College of Art. She lives and works in Baltimore, Maryland.